Darth Vader might not look it, but he’s actually pretty yummy. I’m not talking
about the looks of the actors who played him in the movies, but this
blueberry-and-licorice-flavored ice cream shaped in the image
and likeness of Luke Skywalker’s greatest enemy (who also happens to be his father!)

It looks awesome, doesn’t it? Too bad we won’t be seeing it in any grocery
stores anytime soon because they were only made by Russia-based design
firm Stoyn to “transform dessert into intellectual discourse” and “spur a conversation
about the relationship between culture, art, and commerce.”  They have, however,
turned up at several art exhibitions, so you might actually get a chance to try one
for yourself if you’re in the right place at the right time.
Publicado por Lord Serer en 2:47 No hay comentarios:

If you’re a Star Wars fan, then needless to say, you must be having many Star Wars collectibles which you love the most. Well, here is another collectible for you to add up in your collection – Lego Minifig Sith Alarm Clocks. This clock comes in shape of two Star Wars characters – white as the Strom Trooper and black as Darth Vader. Its arms and legs can be altered and you can make this clocks sit or stand on your bed side or on your desk. This clock can be a perfect Christmas gift for any Lego or Star Wars fan. Available at ThinkGeek for $29.99

all the magazines about Star Wars episode I 3D comics

IT WAS a long time ago in a galaxy far, far away - but you won't be needing a spaceship or time machine in order to revisit it. A trip to the local cinema will do the trick nicely.
As the Star Wars saga joins the 3D revolution with the cinema re-release of Star Wars: Episode I The Phantom Menace on February 10, publishers Titan have unveiled a range of official tie-in magazines and comics packed with more than enough features, interviews, stories and gifts to satisfy the devoted fanbase.
The titles include a special issue of Star Wars Insider Magazine (released February 9) plus Star Wars: The Clone Wars Magazine (released in US on February 7, in UK on February 9). Already in stores are Totally... The Phantom Menace Souvenir Magazine and Star Wars Galaxy Comic.
Details of all the books are included below in the official Titan press release.
Star Wars Insider Magazine

Our flagship Star Wars title is the official magazine and indispensable companion to George Lucas' enduring saga that has been a vital part of our culture for over 30 years. With The Phantom Menace being released in 3D, Insider 131 marks the occasion with a special celebratory issue that hits stores in the US and Canada on January 31 and in the UK and Ireland on February 9.
Industrial Light & Magic guru John Knoll gives us an exclusive lowdown on the creative process behind the new format, and we showcase an amazing, never-before-seen set of storyboards depicting Jedi Obi-Wan Kenobi and Qui-Gon Jinn in action against a battalion of battle droids. Noted Star Wars author Dan Wallace pitches in with 10 reasons to love hapless Gungan Jar Jar Binks, and we take a close look at Darth Maul, who became one of Star Wars' most iconic characters.
Plus, the man who arranged Maul's epic battle with Obi-Wan Kenobi and Qui-Gon Jinn, stunt coordinator Nick Gillard, is on hand to guide us through five great movie sword fights! Legendary comic book artists Frank Quitely and Paul Pope in an exclusive article discuss their new Star Wars-themed works and how the saga has influenced their award-winning art. Plus, we bring you news of all the very latest books, comics, and toys.
Subscribers to Star Wars Insider receive an exclusive subscriber edition featuring an artwork-only cover that you can't get in stores. To find out more, click here. Digital editions of Insider are available on the iPad, iPhone, Mac & PC, click here.
Star Wars Galaxy Comic

Star Wars Galaxy showcases the greatest Star Wars comic adventures from a galaxy far, far away.
On-sale from January 26 in the UK and Ireland, Star Wars Galaxy 17 features the first part of the battle between the horned-warrior Darth Maul and the grim-breathing icon of evil Darth Vader. The galaxy's greatest Sith warriors battle it out for supremacy in this epic tale! Arriving on the volcanic moon Kalakar Six, Darth Vader is unprepared for the challenge that awaits him: a duel to the death with Darth Maul.
There's also part three of Dark Times: Out of the Wilderness, where Darth Vader and a mysterious assassin inch closer and closer in their hunt for the Jedi. And the latest arc from The Old Republic concludes! Will Theron Shan and his crew manage to stop Darth Mekhis from launching her mega-weapon before time runs out?
Plus, a stunning Darth Maul poster for your wall and a chance to win LEGO Star Wars starfighters. For more information and to subscribe, click here.
Totally... The Phantom Menace Souvenir Magazine

On-sale February 2 in the United Kingdom and Ireland, Totally... The Phantom Menace is a one-off, 32-page official movie souvenir magazine that celebrates all things The Phantom Menace with a galaxy of features, puzzles, and games.
And to mirror the movie's exciting new dimension, it features ten pages in amazing 3D, including an all-new, all-action comic strip.
This never-before-seen 3D comic strip introduces a new dimension of the Star Wars universe. Start your engines as young Anakin shows off his awesome Podracing skills on Tatooine, while Darth Maul crushes battle droids, and is trained up by the evil Darth Sidious.

The spectacular action comes to life with the awesome FREE 3D glasses that come with every copy of the magazine.
There's also an eye-popping 3D pull-out poster with some of the most iconic characters in cinema brought to life.
That's not all. Totally... The Phantom Menace magazine is giving away a FREE C-3PO Grabber Arm and a load of collectible Star Wars stickers with every copy.
Star Wars: The Clone Wars Magazine 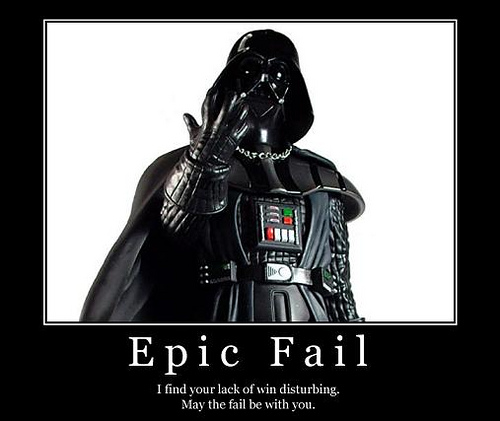 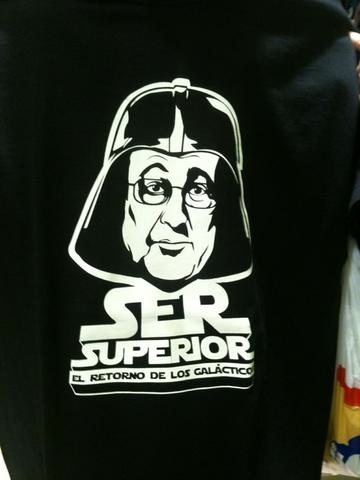 "Star Wars" characters have reached iconic status with the many fans who love the adventures from a galaxy far, far away. The characters capture our hearts and imaginations by taking on local legends from pirates to noble knights. George Lucas' trilogy of movies and prequels create a wondrous universe of fans' dreams with light saber battles between the Jedi and the evil Sith Lords and spaceship fights in the stars. Halloween costume parties are never the same once the starships flew across the sky back in 1977. Characters from "Star Wars" universe show what movie magic is all about as fans fill sci fi conventions with their variations of these icons.
Luke Skywalker.

Mark Hamill plays the country boy turned fighter pilot who goes on an adventure of a lifetime in "Star Wars." His character goes through more changes than puberty when he meets with Obi Wan Kenobi and journeys to become a Jedi. The young man learns over the course of the original trilogy about his true origins that effects his ultimate destiney.
Ben Obi-Wan Kenobi.

Alec Guinness embodied one of cinema's most famous sages as the man who taught Anakin and Luke Skywalker the ways of the Force. His classic utterance of the line "May the Force be with you" has been quoted more than Shakespeare in reference to wishing someone good luck. Ewan McGregor took the reigns to play the legendary Jedi master in his youth in the "Star Wars" prequel trilogy that told how Anakin Sywalker turned to the dark side.
Darth Vader.

The most evil and tragic character in the "Star Wars" mythos is the scourge of the galaxy and served Emperor Palpatine. More actors played his role in numerous movies other than James Bond, with Dave Prowse (in costume), James Earl Jones (voice), Sebastian Shaw (Darth Vader unmasked), Jake Lloyd (Anakin Skywalker/Darth Vader as a boy) and Hayden Christensen (Anakin Skywalker as a young Jedi and Darth Vader) all playing parts. No one can deny his place as one of movies all time bad guys.
Han Solo.

One of Harrison Ford's famous roles brings the pirate's spirit to the galaxy far,far away in the original "Star Wars" movies. His romance with Luke Skywalker's sister makes for great drama and light-hearted moments amongst the lasers and lightsaber battles. Just don't get any fan started on who shot first, Han Solo or Greedo!
Princess Leia.

A lady never took any smack from anyone, especially looking face-to-face with Darth Vader in the first "Star Wars" movie. It's no surprise a space pirate like Han Solo was the only one to be able to handle this intergalactic firecracker. Her slave attire in the clutches of Jabba the Hutt is often imitated at sci fi conventions and by celebs like Adrianne Curry and Olivia Munn.
Publicado por Lord Serer en 13:47 No hay comentarios:

Born to be Vader